The history of the recumbent bike is intriguing. At Cardio Capital our interest revolves around the use of the recumbent exercise bikes used in the gym but the inspiration for this piece of equipment stems from the recumbent bicycle. Did you know that this was banned from use on the roads?

Why is the recumbent bike banned? The recumbent bike is banned because of safety reasons and its harder to control than a regular bike. Due to the exposed gears and the length of the bike also made it too dangerous to compete in sport. Let’s look into more detail at why recumbent bikes are banned.

Watching a recumbent bike rider cruise by while reclining in a comfortable position is enough to pique anyone’s interest. Who wouldn’t want a bike that is fast and safe while also being ergonomically correct? So why don’t we see more of these unique looking bikes around?

An automobile maker by the name of Charles Mochet, at the insistence of his wife, built a four wheeled bike for his son in an effort to keep him safe. His son loved the design and soon after, Charles began making four-wheelers for adults, which he named Velocars.

However, it became apparent that the four-wheelers had some issues. When taking corners too fast, the Velocars were prone to tipping over. This led Charles to bisect the four-wheeler into two halves, effectively creating a and calling it the recumbent bike.

Soon after Charles Mochet created his version of the recumbent bike, he started trying to find a serious rider to use the bike in cycling events as a way to garner attention and support for what he believed to be a faster and highly practical option to cycling.

He found a man named Francis Faure, the brother of  the celebrated cyclist Benoit Faure. Francis entered a race with the recumbent bike and after enduring a vast amount of derision from the other riders, he left them all in his dust and easily won the race.

The next year Faure became an unstoppable force in the 5000 meter races and even established some world records for other short races. Others began using recumbent bikes in races and continued to dominate the competition.

In 1933, Faure defeated the world record that had been held for 20 years by Oscar Egg, and it caught the media’s attention. They began to ask questions about the legitimacy of the record and whether the recumbent bike was really a bike at all.

At the 58th Congress of the Union Cycliste International (UCI), the issue of whether the recumbent bike qualified as appropriate according to UCI regulations was raised.

They voted on the dimensions of what would be recognized as a sprot bicycle, and the recumbent bike was effectively eliminated as a contender.

Charles Mochet appealed the decision with the UCI, but the ruling remained unchanged. Regardless of whether the UCI’s decision was politically, monetarily, or ethically motivated, it had a lasting impact on the widespread use and popularity of the recumbent bike.

While recumbent bikes may not be used extensively in the world of cycling, they are a fantastic option when it comes to exercising. Not only can they be used outdoors, but there are also many stationary recumbent bike options that can be used in gyms and home gyms.

Recumbent bikes offer a lower center of gravity for individuals with stability issues. This can eliminate a fear of falling off of the bike, acting as a motivator for physical activity. 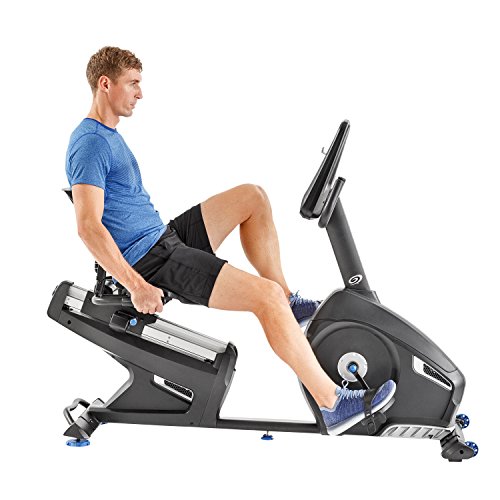 They are also great for people who get bored easily and like to multitask while working out. It is much easier to read or work on your phone while riding a recumbent bike as opposed to an upright bike.

The recumbent bike has for decades been a safe and practical form of transportation and exercise. While it is still a bit of a niche market, there is plenty of room in the world of human powered transportation for the recumbent to make its way into the mainstream, especially as the world moves toward a greener future.