Despite Nordictrack being one of the better exercise equipment manufacturers, even its machines aren’t immune to problems. So, if your Nordictrack elliptical has started making a clunking noise, you’ll probably want to figure out why.

Well you’re in the right place. In this article, we’ll look at why your Nordictrack might be making a clunking noise and how to fix it. We’ll also look at some other common noise issues.

There are 2 main reasons why your Nordictrack elliptical might be making a clunking noise. One is easier to diagnose and fix than the other, so we’ll start with that.

Having an unbalanced elliptical can lead to clunking noises because of the uneven distribution of weight. This puts more force on some parts than others, which can lead to damage.

It’s a common issue when using a Nordictrack elliptical at home, particularly if you’ve set it up on a soft surface.

The easiest way to diagnose the problem is to give the elliptical a little wobble. If it moves, it’s likely unbalanced.

First, check the support legs on the bottom. Make sure these are properly inserted and are providing the balance they’re meant to. Tighten the screws if needed. Next, ensure the surface below your elliptical is suitably rigid. You can use a support mat to balance out the machine: 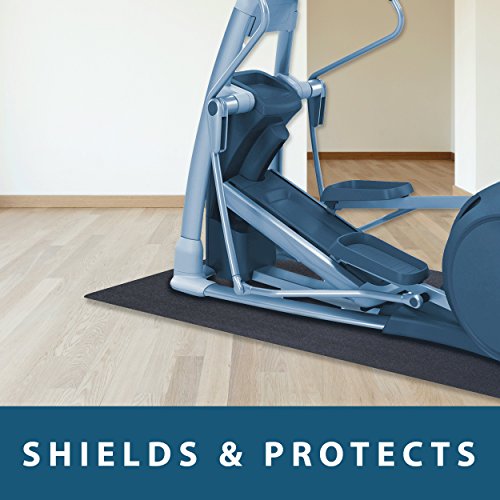 In short, avoid setting it up on a carpet. This can cause the machine to be unbalanced, leading to clunking problems. If you don’t have a solid floor to set the elliptical on, consider laying a sheet of MDF or similar rigid material under your elliptical before using it.

A Nordictrack elliptical endures a lot of torsional force, resulting in loose parts and even damage. You should regularly inspect and maintain your elliptical to keep it working properly.

Of course, if it’s already clunking, it’s a bit too late to do a normal maintenance routine. Start by trying to narrow down the source of the clunking noise. You should be able to at least tell whether it’s coming from an arm or inside the machine.

If it’s the arms, it could be worn (or loose) bolts. Try removing them to inspect their condition. If the thread is damaged on a bolt, you’ll need a new one. If they look fine, make sure they’re tight enough. You should also squirt in some silicone lubricant while you’re checking them over.

Next, move on to other accessible areas, such as the console mast and guide rails. Check your Nordictrack elliptical manual for exact details on how to reach the bolts. Make sure everything is as tight as it should be and lubricate the moving parts.

If anything looks worn out during your inspection, you’ll need to buy some new parts. You could need to replace anything from the drive belts to bolts depending on the level of wear.

Finally, if you think the noise is coming from inside the elliptical, this could be a harder problem to solve. We’ll discuss flywheel problems below, but numerous connection points could be clunking. Again, do your best to locate the source of the noise.

A Nordictrack elliptical flywheel will always make some noise. It could be anything from a whirring to a clicking. These are nothing to worry about, as the moving parts can be noisy. Providing you’ve been using your elliptical, you should know what its normal function sounds like. 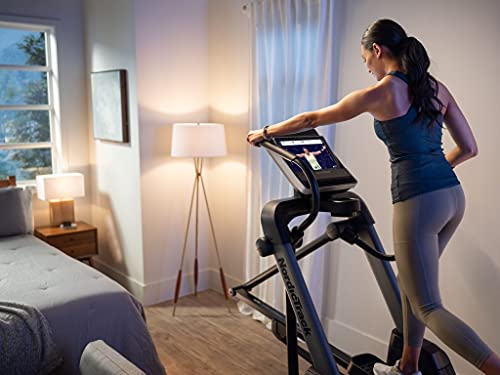 Of course, if it’s a new machine and it’s making the above noises, don’t worry. A flywheel whirs as it spins, just like any other wheel. Use it for a while to see what sort of noises it’s making.

But an elliptical flywheel that’s making more grinding or crunching noises could be damaged. To find out, you’ll need to remove the flywheel cover, which is usually held in place with a few screws.

A common reason for dodgy noises is a cracked flywheel. It often happens near the stride handle and should be fairly easy to see. You can fix this yourself with relatively little issue; buy a new one online and replace it using Allen keys. Of course, you’ll want to buy a genuine Nordictrack part.

Failing that, you could call in a technician to fix it for you. Again, it’ll be worth contacting Nordictrack, as your machine might be under warranty. Also, they’ll likely be able to suggest a qualified technician.

Another reason for Nordictrack flywheel noise is lack of lubrication. The flywheel is one of the hardest working parts of the machine, so it needs to be maintained. Silicone lubricant is the best thing to use – spray it onto the gears and any other moving parts. 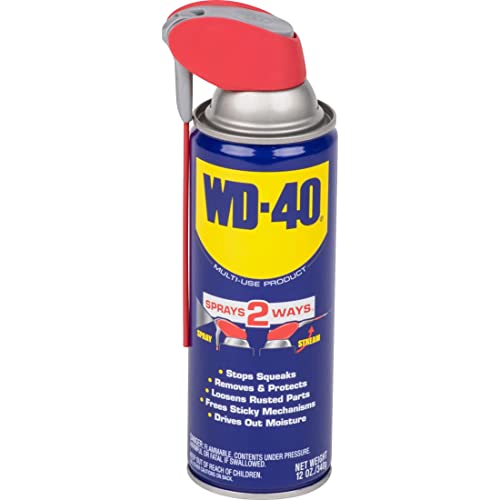 That said, if you think it’s coming from elsewhere, it’s probably a sign of loose parts. Just go around tightening everything you can find and liberally applying lubricant to the moving parts. If your elliptical is still clicking, the next step will be to get a professional to look at it.

Is it Safe to Use a Nordictrack Elliptical That’s Making Noise?

Generally, it’s fine to continue using a NordicTrack elliptical that’s making a clunking or clicking sound. There are very few problems that could lead to complete failure if they’re not addressed immediately.

However, if your elliptical is making a noise that you don’t like, consider getting it checked by a technician. Most problems are easy to solve and, despite not being super worrying, they at least won’t be annoying.

After using your Nordictrack elliptical for a while, you should become familiar with its normal noises. Providing you clean and maintain the moving parts, you should prevent the worst of the clunking and grinding noises. However, if something happens that’s concerning, make sure you get it looked at.