Skip to content
Home
Rebounders
Can Rebounding Help with Inflammation?

Inflammation is a health problem that comes in many forms and can, to an extent, be managed with exercise. You might have previously read about the health benefits of rebounding and so are wondering, Can Rebounding Help with Inflammation? Rebounding is known to help with inflammation of various kinds in the body. Although there are no specific scientific studies on the effects of rebounding on inflammation, there’s plenty of anecdotal evidence that it’s helpful.

Before getting into the specifics of how it helps, we should probably first define what we mean by inflammation.

Inflammation is a general term for swelling in the body. It’s the body’s immune response to an infection or wound, or other kinds of irritant. Some of the most common types of inflammation include:

·  Inflammation of the joints, such as from arthritis

·  Lymphedema, such as swelling in the legs

·  Varicose veins – swelling and inflammation in the veins, usually in legs and feet

Obviously, these aren’t the only forms of inflammation that happen in the body. However, they’re the kind we’re mainly addressing in this article because, as you can imagine, rebounding isn’t going to help with something like a cut or splinter.

Can Rebounding Help with Swelling?

Your lymphatic system is essentially the body’s vacuum cleaner. It works alongside white blood cells to control toxins, bacteria, and viruses, among other nasty things. Another way of thinking about it is as your body’s second circulatory system.

However, unlike your main circulatory system, it doesn’t have a pump and isn’t under constant pressure. As such, it only drains and pushes things out when your muscles contract.

While this is true of any cardio workout, rebounding is helpful for people with inflammation. This is because it’s a low-impact exercise, meaning your joints are put under less pressure.

It’s helpful for everyone, but particularly people who have inflamed joints due to arthritis or another health condition. After all, if your joints are painful, the last thing you want to do is running or jumping. Luckily, rebounding gives you the same effect but with very little impact.

Another great benefit of rebounding for inflammation is its anti-gravity effect. Granted, it’s only minor, but being up in the air for short periods helps your body to circulate oxygen under different conditions. In turn, this reduces pressure on your circulation, meaning it can work more efficiently.

Another way of thinking about this is G-force, or gravitational load. Simply put, this is the force gravity exerts when pulling you back to earth. You’ve probably heard of it in relation to astronauts and Formula 1 drivers. Well, you’ll experience a bit of it when rebounding.

G-force increases during rebounding, which strengthens your muscles, bones, and circulation. As mentioned, your circulatory system is vital for fighting inflammation because it supplies the body with oxygen and white blood cells.

You can also add anti-inflammatory supplements into your diet to aid inflammation. 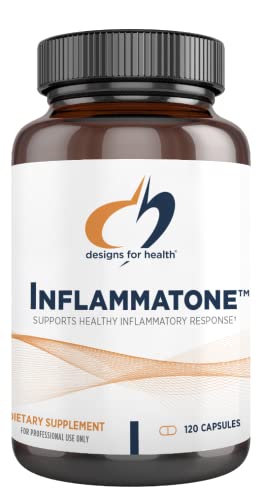 Joint inflammation can be incredibly painful, particularly in joints you need to use a lot (such as your knees). Rebounding can help target joint inflammation by stimulating production and circulation of key components of healthy joints.

Specifically, it boosts circulation of something called synovial fluid. This is a thick liquid used to lubricate joints along with providing cushioning and reducing friction. While this won’t directly address joint inflammation, it at least helps minimise difficulty using them.

Rebounding can also help shift excess water build-up, which is another concern with inflammation, particularly in the legs. This doesn’t need a particularly complicated explanation. Simply put, it improves circulation and uses glycogen stores linked to water retention.

If you have inflamed joints, it’s understandable that you might be concerned about something like rebounding. But, as mentioned, it’s pretty useful for these conditions because of its low-impact nature. That said, make sure you consult a doctor if you plan to use rebounding to manage the impact of inflamed joints.

Is a Trampoline Good for Inflammation?

Like a rebounder, a trampoline is good for inflammation because it helps improve circulation while increasing G-force. However, there are some key differences between trampolining and rebounding, despite them being similar exercises.

The first is that, when rebounding, your focus is more on the downward push than the time spent in the air. This is why you use it for exercises such as running and jumping jacks rather than simply jumping up and down. By extension, exercising in this way gets your heart pumping faster, increasing the cardio benefit.

But that’s not to say trampolining isn’t a good workout. You can definitely still get your heart racing on a trampoline; you just need to focus on different exercises. Running on the spot is still possible, providing you adjust your technique.

You’ll also jump much higher on a trampoline than on a rebounder. Again, this is about technique, but also because trampolines have more stretch in them due to their size. You can still use one to exercise, but you might not notice the cardio effects as quickly as on a rebounder.

So, the bottom line is that if you want to exercise by bouncing, use a rebounder. They’re basically an exercise-specific version of a trampoline and are incredibly versatile.

Final Thoughts on Rebounders and Inflammation

Rebounding can help with inflammation thanks to its links with lymphatic drainage and circulation. Again, these are true for any cardio exercise, but the benefit of rebounding is the added G-force. So if you have issues with inflammation, consider buying yourself a rebounder and seeing what it can do for you.